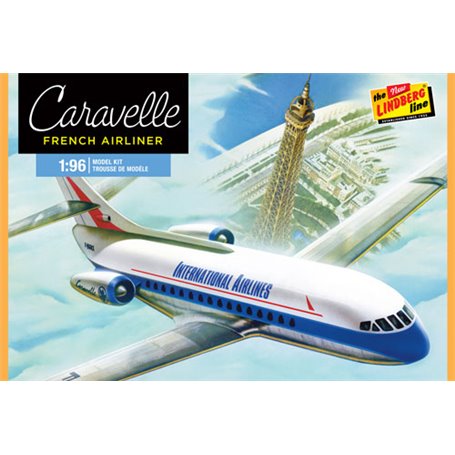 By buying this product you can collect up to 379 points.

Fresh from France of the 1950s…exquisite details of airline amenities are “clearly” visible.

The French-made SE 210 Caravelle first flew in 1955 and by 1959 it became the first short to medium range commercial jet airliner. It was one of the most successful European first generation airliners and was also used by United Airlines. This nicely detailed model kit from Lindberg packs plenty of features including a full clear fuselage half that allows the full interior to be viewed. Details like crew and passengers are featured. The kit also offers several moving parts including landing gear and wing flaps. Surface rivets are also visible along with detailed engine assemblies.