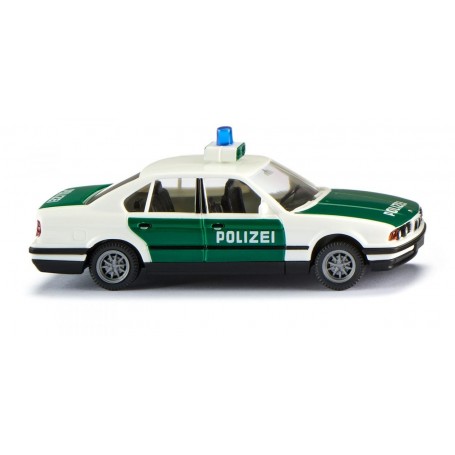 By buying this product you can collect up to 209 points.

The second generation of BMWs series 5 was a rare sight in its incarnation as a police limousine patrolling the streets in Germany with its mint green and moving parts such as bonnet, doors and boot. In their home state, the capricious Bavarians preferred to furnish the patrol car with a light green central belt instead. Regardless, the loyal viewers of the RTL series Alarm für Cobra 11 will remember the WIKING original from the first season, when the E34 model series delivered fast-paced action. The 5 series sported a similar design after the fall of the Berlin Wall when it went on patrol for law enforcement in Thuringia after their interior minister had upgraded the fleet early on with the purchase of new squad cars.