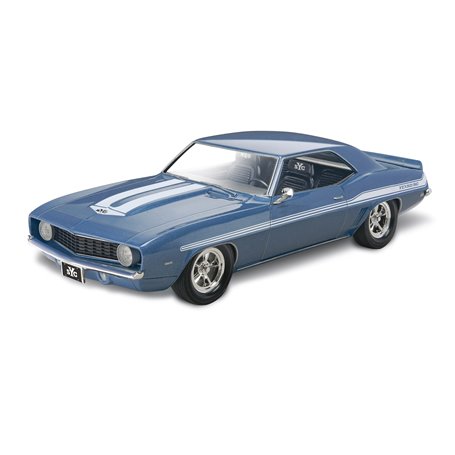 By buying this product you can collect up to 349 points.

In the second of the Fast & Furious movies, the street racing competition heats up and the cars get faster. While it doesn't win in the movie, the Yenko/SC Camaro® is a real winner today. When the Chevy® Camaro® was introduced in 1967, Don Yenko saw an opportunity for his Chevy® dealership to offer special performance versions. In 1969, Don was able to order uniquely equipped Camaros under the special GM COPO order program. So Yenko Chevy ordered 201 Camaros with L-72 engines and a list of other performance extras. The Fast & Furious movie franchise now includes over 7 movies, and it is the most popular series Universal Studios has ever produced.    - Detailed 427 c.i. engine and tube headers  - Front and rear spoilers  - Cowl-induction hood with matching air cleaner  - Molded in white, transparent red and clear with chrome plated parts and soft black tires