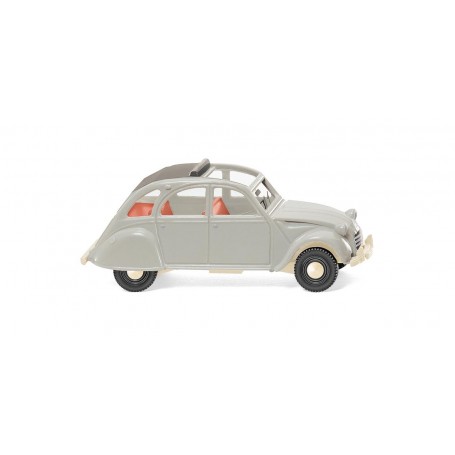 By buying this product you can collect up to 129 points.

The grey duck from WIKING moulds brings memories back to life! There was no student banger like the Citroën 2 CV the occasional scary to-and-fro rocking travel around curves will never be forgotten. In Germany, the duck managed to change from being the dreary French vehicle of the first post-war years to become the student cult car of the 1970s pure flower-power. Despite all the criticism, its drivers proclaimed the lack of space, limited performance, and sideways tilt in curves as benefits of the duck the 2 CV was just as popular in 1
1 scale as its 87-fold miniaturisation.

A student's dream from France