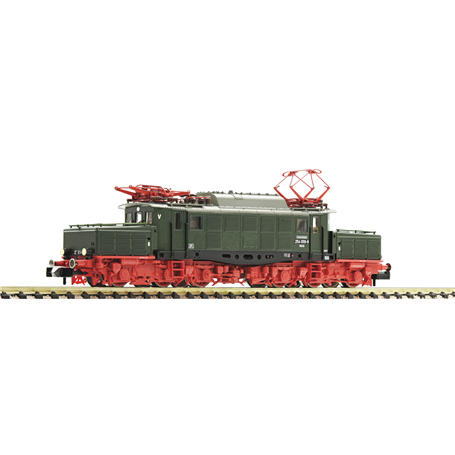 By buying this product you can collect up to 2875 points.

Prototype: The electric locomotives of the BR E 94 that had remained in the DR after the war were disrespectfully called “Eisenschwein” (iron pig). No matter that they were the backbone of the goods traffic in the DR for the longest time. The apparent difference to the DB version were the red painted bogies. A notable difference to the DB version were the bogies painted in red. The locomotives operated for the DR until 1990.