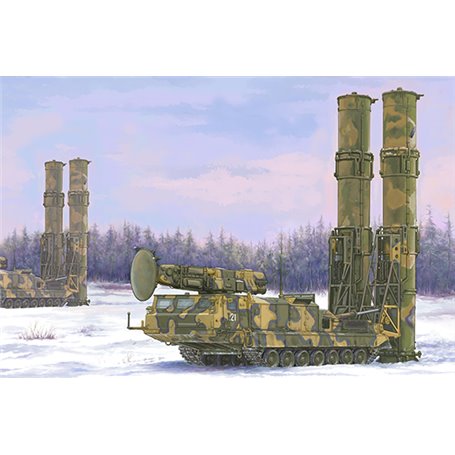 By buying this product you can collect up to 1299 points.

The S-300V air defense missile system was developed to engage short- and intermediate-range ballistic missiles, cruise missiles, strategic and tactical aircraft, as well as early warning and electronic warfare aircraft. It was designed to counter the threat posed by Lance and Pershing ballistic missiles. The main role of the S-300V is to protect task forces and vital industrial and military installations against massed air attacks. Its reporting name in the West is SA-12 or Gladiator/Giant.

Some components of the S-300V system were deployed in 1983. All components entered service with the Soviet Army in 1988. Recently it has been reported that production of all S-300 series missiles, including export versions, will be stopped in Russia in favor to the newer S-400.

The S-300V is a mobile air defense system. All of its elements are mounted on special tracked chassis.