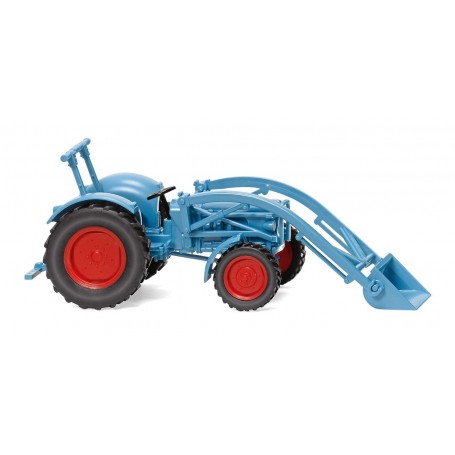 By buying this product you can collect up to 139 points.

How the Eicher Königstiger became the farmer's favourite

The farmers loved their Eichers so much
There was once a time when the Eicher Königstiger had its own place in every farm yard whose owner had sworn to be true to Eicher. And it is not much different today: there are many impeccably restored tractors at tractor meets throughout Germany Eicher is a cult. Here, the Königstiger has long been a legend within the famous Eicher Predator-series, which created a furore with the Panther and Tiger, when they were introduced in 1958. Since 1959 the Königstiger has had a wonderful reputation as a standard tractor. Occasional prototypes are therefore still to be found on farms, and others are admired at classic tractor meets throughout Germany. The roll bar makes the prototypes ready for action. The Königstiger was supplied with a 35 or 40 HP 3-cylinder Eicher Diesel four-stroke engine.

Eicher in a new combination