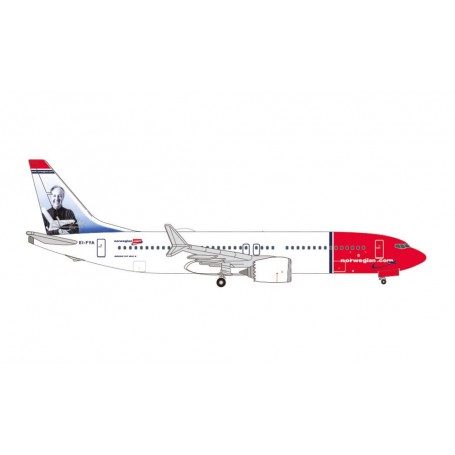 By buying this product you can collect up to 298 points.

Originally put into service in 2017, Norwegians first Boeing 737 Max, named in honor of low-cost pioneer Sir Freddie Laker, as well as all other 737 Max aircraft delivered by the time, were grounded in early 2019 following the fatal crashes of two aircraft. Followed shortly after by the Covid-19 pandemic, both tragedies caused severe turbulence for Norwegian resulting in the parking of a large part of its fleet. Current fleet planning is centered around a greatly reduced number of Boeing 737, including a few of its latest variant, the Max 8.