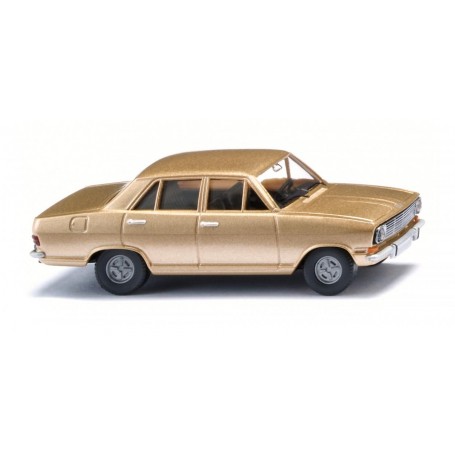 By buying this product you can collect up to 195 points.

The golden treasure from the Opel works in Bochum

The second generation of the Kadett released in Bochum made quite an impression with its new metallic hues even on the ever more discerning automotive customers of the sixties. With its metallic gold paintwork the Opel Kadett B drove off the lot at its Opel dealership with the intention to bring happiness to its new owner.

And it certainly did, as the limousine was marvelled at as a remarkable accomplishment. Back then, the Opel had earned an image of being chosen by social climbers in the Federal Republic. Those who wanted to rise above the status of a Beetle-trained driver opted for the Kadett, which rolled off the belt in the heart of the Ruhr Valley region.

This automotive classic is viewed as a true bread-and-butter car of its time and now ranks among the modern classics of the first generation. The Opel Kadett B became a best-seller it was the limousine of the little man. In the compact class, no fewer than 2.6 million units of the Kadett were built between 1965 and 1973, which makes it one of the most successful Opel models to date.

The Kadett marks an era when the Opel works in Bochum reached the highest point of their production significance for Germany frequently causing the plant to resort to extra production shifts and allowing Opel to shine with a substantial surge in the registration statistics of the Federal Republic of Germany.