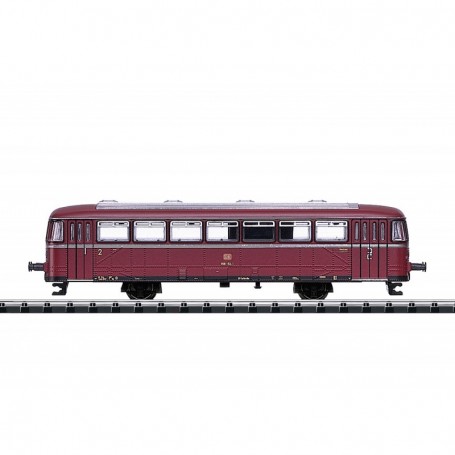 By buying this product you can collect up to 949 points.

kr1,055.00 -10%
Subscribe To When In Stock
You have successfully subscribed to this product

Model: This car goes with 16981. The frame is constructed of die-cast metal. The car has a digital function decoder for DCC. Maintenance-free LEDs are used for the interior lighting and they can be controlled digitally. The car has a special operating coupler. Length over the buffers 87 mm / 3-7/16'.

The intermediate car to go with the 16981 rail bus set.

VB trailer car for use between the VT motor car and the VS control car.LED interior lighting.