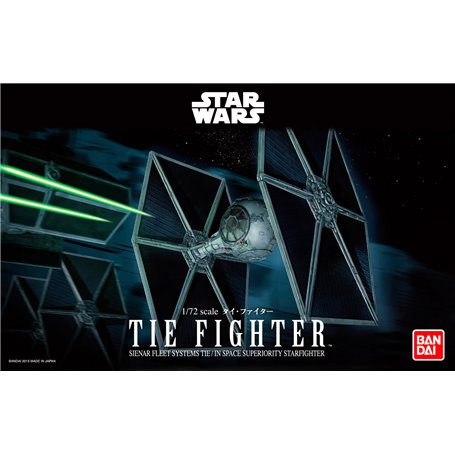 By buying this product you can collect up to 379 points.

The TIE Fighter was the unforgettable symbol of the Imperial fleet. The TIE fighters stationed aboard star destroyers battle stations were single-seater ships designed for rapid aerial combat with X-wings and other star fighters.