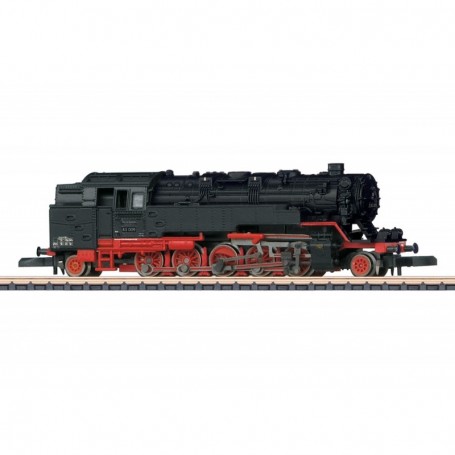 By buying this product you can collect up to 2915 points.

Model: The model is finely detailed and has fully functional valve gear and drive/side rods. The imitations of brakes, sanding pipes, and track clearance devices are modelled. The locomotive has a motor with a bell-shaped armature. All driving axles are powered. Maintenance-free warm white LEDs are used for the headlights and they change over with the direction of travel. The locomotive has inset cab windows. Length over the buffers 74 mm / 2-7/8'.

Prototype: German Federal Railroad (DB) class 85. The locomotive looks as it did in Era IIIa.

It took a long time to complete the rail line from Freiburg/Breisgau to the Black Forest via the Höllental Line. At first, the technical options at that time or an extremely costly routing hampered railroad construction. Since a purely adhesion rail line

Motor with a bell-shaped armature.

Specialist for Steep Rail Lines Originally, the 10 class 85 heavy three-cylinder tank locomotives placed into service were built for the Höllental Line in the Black Forest previously operated with expensive and time-consuming cogwheel technology. The br