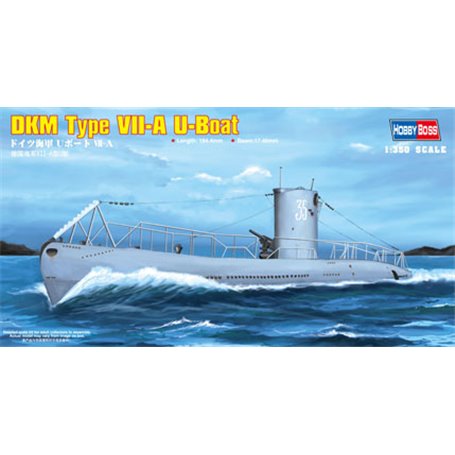 By buying this product you can collect up to 149 points.

These boats, designed in 1933-1934, were the first of a new generation of German attack U-boats known, as Type VII, they were popular with their crews and very agile on the surface. They also had a much more powerful striking power than the smaller Type II's. They had 5 torpedo tubes (4 at the bow) and would carry 11 torpedoes onboard or 22 TMA (=33 TMB) mines. They also had the effective 88mm fast-firing deck gun with about 160 rounds of ammunition.
Type VIIB was an improvement on this design with substantially increased range.
All but two (U-29 and U-30, both scuttled in Kupfermühlen Bay on May 4, 1945) Type VIIA U-boats were sunk during World War Two.