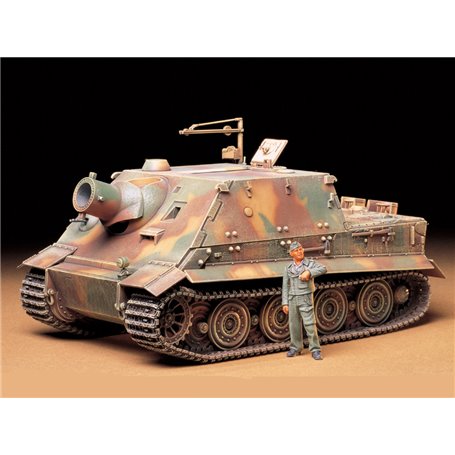 By buying this product you can collect up to 399 points.

In the final stages of WWII, the Sturmtiger made its appearance on the battlefield. Based on the Tiger I hull, it came armed with a giant 38cm rocket launcher. The distinctive form of the Sturmtiger with its thick and short gun is now faithfully reproduced as a plastic assembly model kit. The main hatch on the superstructure can be depicted in either open or closed position, the rocket launcher and escape hatch are moveable even after assembly, the loading crane can also rotate, and the heaviness of the tracks is also realistically depicted. Also included in the set is one figure and four rockets.