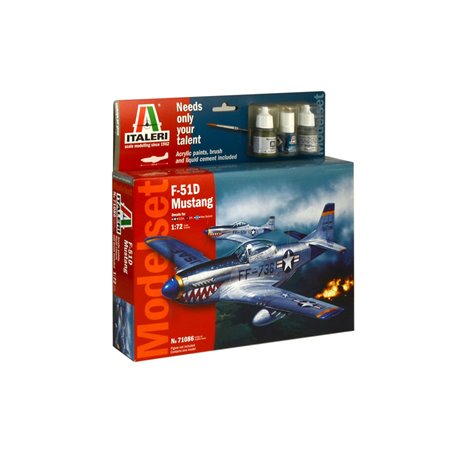 By buying this product you can collect up to 249 bonuspoints.

The Mustang is one of the worlds best known airplanes and was without doubt the best fighter plane of World War II. It was built in record time in 1943 for the European campaign and was well suited to fight the BF-109s and FW-190s of the German Luftwaffe.