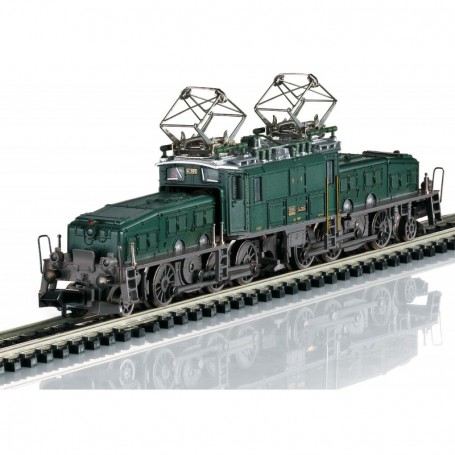 Model
The body is made of plastic filled with metal for improved pulling power. The locomotive has a built-in digital decoder and sound generator with the formats DCC and Selectrix. It also has a motor with a flywheel. 6 axles powered. Traction tires. Warm white LEDs are used for the triple headlights. The locomotive has NEM coupler pockets. The headlights and marker lights change over with the direction of travel and will work in analog operation.This model is limited to 999 pieces for the 100th anniversary. A consecutively numbered certificate of authenticity is included.Length over the buffers 125 mm / 4-15/16'.