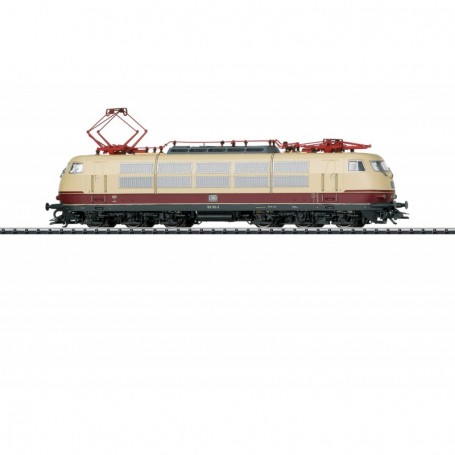 Prototype
German Federal Railroad (DB) class 103.1 electric locomotive. Version with 'short' cabs, double-arm pantographs, end skirting, and buffer cladding. Paint scheme in crimson/beige. Road number 103 167-3. Based at Munich Main Station. The locomotive looks as it did starting the end of August 1971 to May 1974.