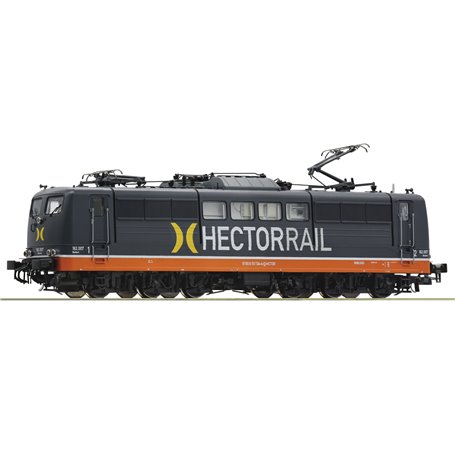 By buying this product you can collect up to 2217 bonuspoints.

* The headlights can be partially or even entirely switched off via a DIP-switch.
* The locomotive is used in the heavy goods traffic.

The railway company Hector Rail, founded in Stockholm in 2004, operates trains between Scandinavia and Germany. Hector Rail has been using ten locomotives of the former DB 151 series in the regular service since 2016/17. The new series designation was 162. For the future supply of spare parts another five machines were ordered as spare parts donators.
Built in the 1970s for heavy freight trains the locomotives reach a top speed of 120 km / h with a power output of 5.982 kW.