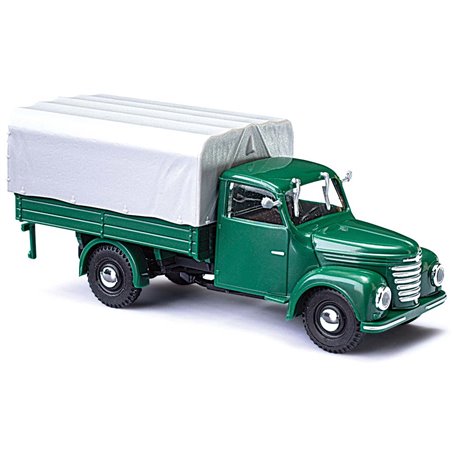 By buying this product you can collect up to 199 bonuspoints.

In the years 1954-1961 the van V901 / 2 in the VEB Barkas works Karl-Marx-Stadt (until 1956 Framo in Hainichen) first as Framo and from 1957 as Barkas from Tape. While retaining the technology of the three-quarter toners 1954 outwardly redesigned and further developed to the type V 901/2. Like its predecessor, the popular pickup van was available in various variants, such as a van, semibus, bus, flatbed and special bodies for police, post office and various trade organizations. The top speed of the in the spirit of the 1950s styled transporter was 75-82 km / h. Although this could not cover the domestic needs of the van, it was nevertheless exported to Holland, Belgium, Finland and Hungary, and even there demand could not be nearly covered. Due to acute shortage of vans in the GDR even in the late 1980s, numerous V901 / 2 were used in everyday life. Worn or damaged vehicles could be quickly repaired thanks to ongoing spare parts production and proven frame construction. A total of 25,604 pieces of type V901 / 2 were produced. The model of the Framo, which has now reached classic car status, is definitely more readily available than its big role model ever was. Sharp contours and the finest imprints on trim strips, door handles and grille revive the popular vehicle. The Framo flatbed with and without tarpaulin is a very special collector's model with attention to detail. 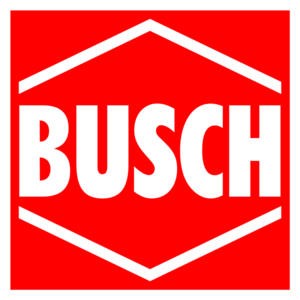