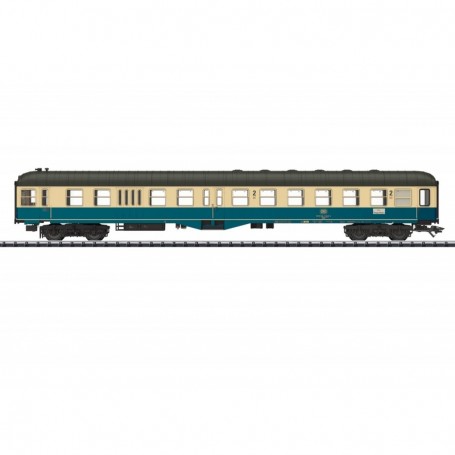 By buying this product you can collect up to 1360 bonuspoints.

Prototype
German Federal Railroad (DB) cab control car, 2nd class, for so-called lightweight express trains (LS). Type BDylf 457 with a baggage area without a side corridor. Colloquially also known as 'center entry cars'. Version with small marker lights at the ends near the top of the car and one-piece windows at the entries on the ends of the car. 'Ocean Blue'/ivory paint scheme. Based at Hagen Main Station. The car looks as it did in 1984.