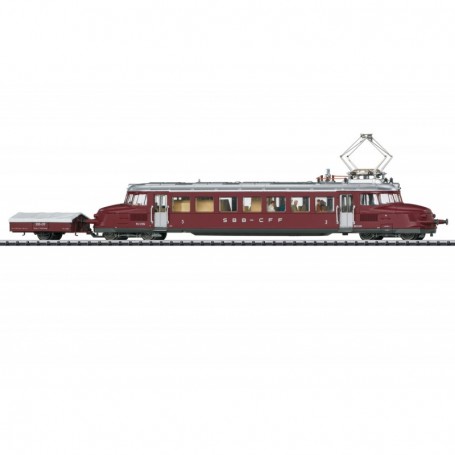 This model can be found in an AC version in the Märklin H0 assortment under item number 37869.

Factory built-in interior lighting. Warm white LEDs for the headlights and interior lighting.Can be switched to a red marker light.Passengers already seated in the car.Digital decoder and extensive operation and sound functions included.