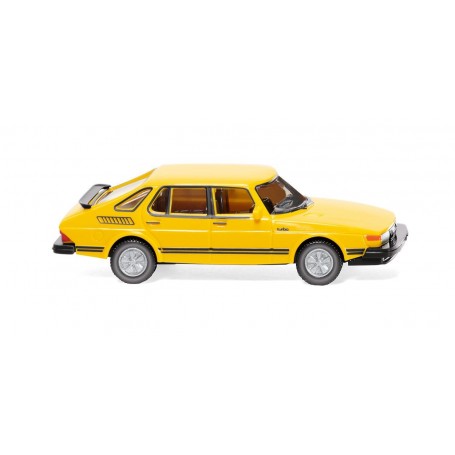 By buying this product you can collect up to 165 bonuspoints.

Swedish motorcars are held in the highest regard at WIKING. Lorries by Volvo and Scania are now joined in the product selection by the Saab 900 Turbo. Its real-life sibling was unveiled in September of 1978 as an advancement of the Saab 99 and was - as part of the X29 project - accompanied all the way to the start of production by technical director Henrik Gustafsson and his chief designer Björn Envall. The intention was to create a competitive limousine for the export market that was supposed to tie in with the excellent reputation their Swedish competitor Volvo was enjoying in Europe. And, the passenger vehicle, whose model moulds WIKING now revitalises into a modern classic, did indeed become the car of choice for individualists. As insiders familiar with the matter report, prototypes of the first two 900 model years are next to impossible to come by in Germany and have turned into highly desired collectors items.