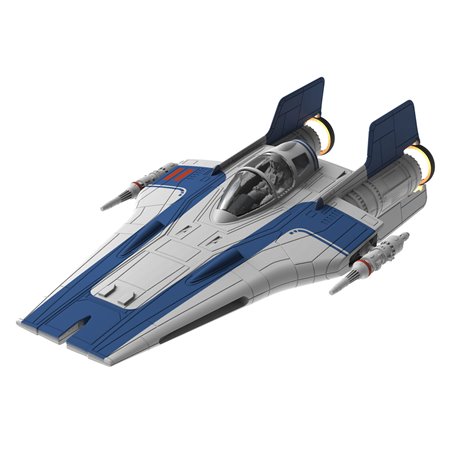 By buying this product you can collect up to 538 bonuspoints.

Blue A-wing fighter from the new film Star Wars: The Last Jedi to build and play with. With pilot figure and authentic light and sound effects. Simply put it together - no glue, paint or tools needed. Length approx. 22cm. 25 parts. Suitable for 6 years and over. Batteries included (3 x LR44).

The A-wing used by the Resistance is a nimble, wedge-shaped fighter propelled to incredible speeds by large twin engines. It is a longtime reliable starfighter model that dates back to the struggle between Empire and Rebellion.