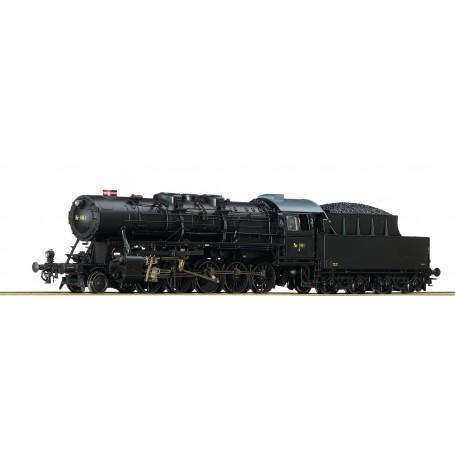 By buying this product you can collect up to 2975 bonuspoints.

Motor with flywheel. Drive on 7 axles (locomotive tender drive), two of them have traction tyres. Digital PluX16 Interface, close coupler NEM 362 with close coupler motion link on the tender. Dual LED headlights that change with the direction of travel. Smoke generator can be retrofitted.

After the second world war, 50 locomotives of the series 50 of the DR were sent to the Belgian State Railways for reparation purposes. The locomotives stayed but only a few years in the vehicle fleet of the SNCB and were sold in 1952 to the Danish State Railways (DSB). There, the locomotives were redesigned and underwent conversion.