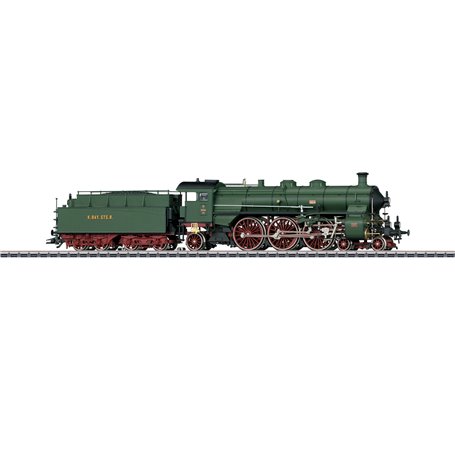 The locomotive is completely new tooling. The driving wheels are modelled to scale with a diameter 2,000 mm / 78-3/4". The locomotive is constructed mostly of metal. The running gear is intricately constructed of die-cast metal with a partially open bar frame. There is an open view through the running gear. The wheel flange height is 1.0 mm. The cab is modelled in detail. The lamps are designed to be white. The locomotive has 5-pole high-efficiency propulsion with a flywheel. The locomotive also has a factory-installed smoke unit, a lighted cab, a light for oncoming trains, which can be controlled in digital operation, and an mfx decoder. There is a close coupling mechanism between the locomotive and tender with a "display case position". The locomotive has intricate smoke box door steps, and the tender has a hook coupler and an air hose on the rear. Piston rod protection sleeves are also included. Length over the buffers 26.7 cm / 10-1/2".

This locomotive can be found in an AC version in the Märklin assortment under item number 39436. 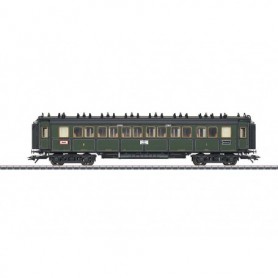 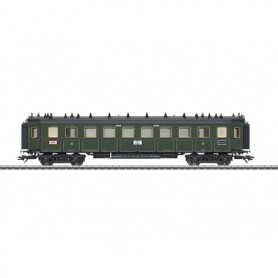