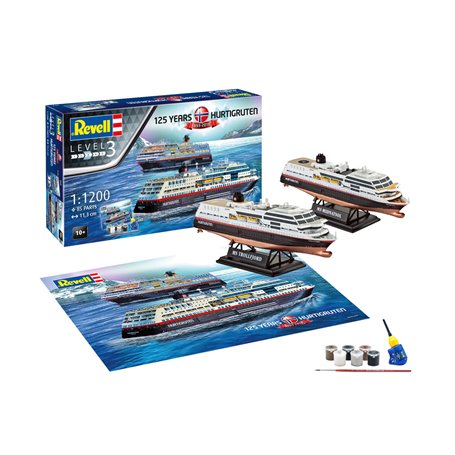 A voyage on a Hurtigruten ship is for many the most beautiful voyage in the world. The legendary Norwegian postal shipping line can trace its origin back to the year 1893. Since then these vessels have regularly sailed all year round along the Norwegian coast, connecting the south with the remote north. Revell is celebrating this anniversary with a set of the two modern Hurtigruten ships the TROLLFJORD and the MIDNATSOL.