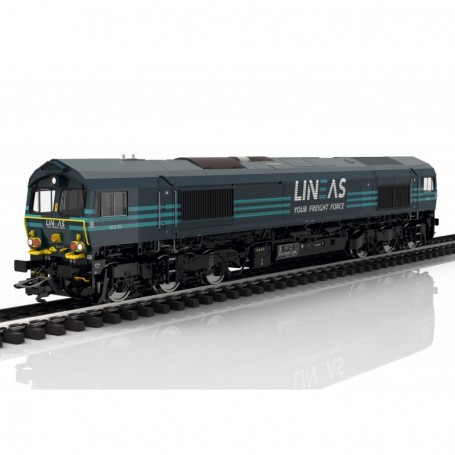 This model can be found in a DC version in the Trix H0 assortment under item number 22693.

LINEAS Group Class 66 The Belgian railroad company designated since 2017 as LINEAS was established for freight service in 2005 as a subsidiary of the state-owned SNCB. After privatization in 2011 and the entry of a private investor in 2015, the company ha