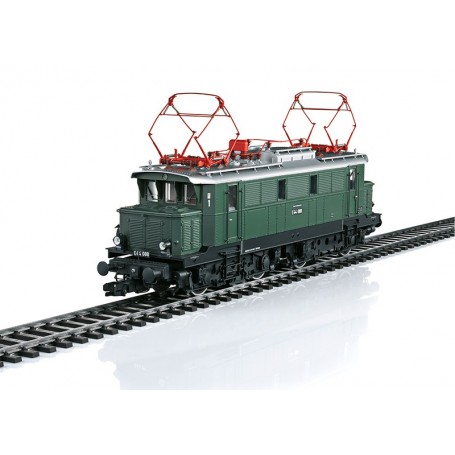 55290 E 44 Electric Locomotive
The German State Railroad (DRG) had a great success with the E 44. This locomotive had power trucks but no pilot wheels and quickly developed into an 'All Purpose Weapon' that turned in the best results in light and medium duty service. This did not change on DB up to the start of the Sixties. This model of road number E 44 088 from the Bamberg maintenance facility is presented in the prime of its years, namely as it looked in the 'Bottle Green' basic paint scheme around 1959.