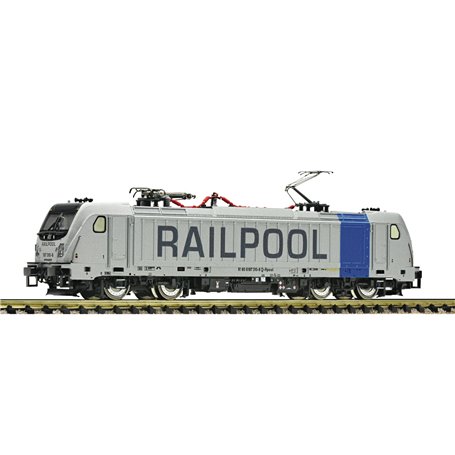 Model in true to the original livery and lettering. In-plane applied windows. Metal die-cast chassis. 5-pole motor with flywheel. Drive on four axles and two traction tyres. Interface according to NEM 662 (Next18) to adapt a decoder. Coupler pocket according to NEM 355 standards and close coupling mechanism.

White and red LED triple headlights that change with the direction of travel. The headlights can be partially or even entirely switched off with contact plates.

Prototype: With more than 150 vehicles, the railway company Railpool has one of the most largest and modern fleets operating in the European cross-border rail traffic. The prototype of the FLEISCHMANN model has two pantographs as well as the innovative „Last Mile“ function.