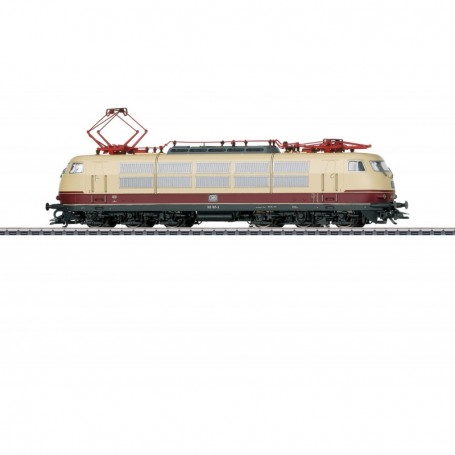 Prototype
German Federal Railroad (DB) class 103.1 electric locomotive. Version with 'short' cabs, double-arm pantographs, end skirting, and buffer cladding. Paint scheme in crimson/beige. Road number 103 167-3. Based at Munich Main Station. The locomotive looks as it did starting the end of August 1971 to May 1974.

After delivery of four test locomotives of the new class E 03 (starting in 1968
103.0) regular production was done starting in 1969 for the InterCity service (IC 71) planned to begin in 1971, but with new specifications. The effective load for TEE and IC