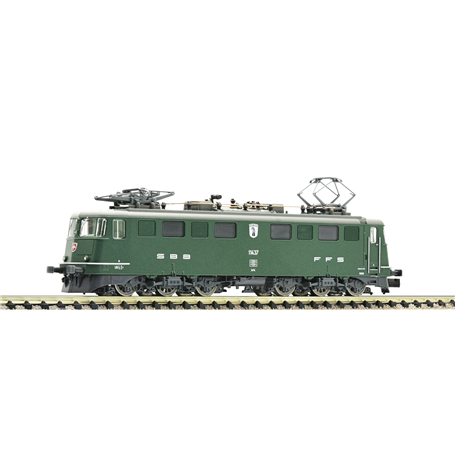 Motor with flywheel. 8 powered wheels, 2 of them with traction tyres. Current draw on all axles. Triple LED headlights on both sides of the loco that change with the direction of travel. Guide mechanism on both sides of the loco for real close coupling if PROFI couplers 9545 are used (Delivery condition: Standards couplers). Coupler pockets according to NEM 355 standards.

Prototype: In 1955 began the success story of the series Ae 6/6 and 120 locomotives were delivered to the SBB. The Ae 6/6 proved perfect for the quick transportation of the rapidly growing goods accumulation, particularly at the long steep ramps of the Saint Gotthard's pass. At that time the slow "Crocodiles" which operated on the frequently used lines were too slow and therefore lost too much time. So the shapely Ae 6/6 power pack easily replaced the "Crocodile" and other older locomotives on all inclined main lines.
The Ae 6/6 achieved cult status during the last years of operation. After the decommissioning from the active service at the SBB, several locomotives have been preserved in museums for the next generations. 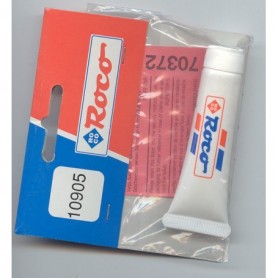 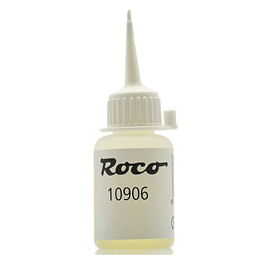