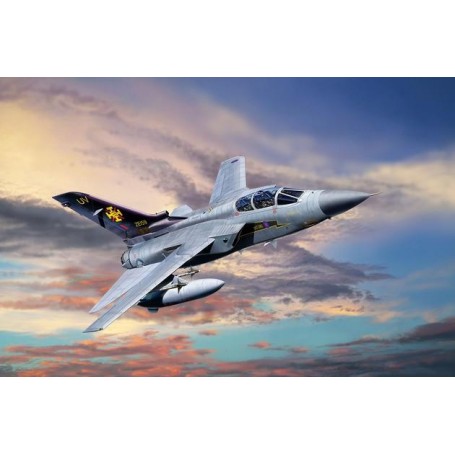 A replica model of the Tornado F.3 which has been in service with the RAF for quite some time as a long-range interceptor. This version has an extended fuselage, more powerful engines and an extended nose to accommodate the Foxhunter radar.