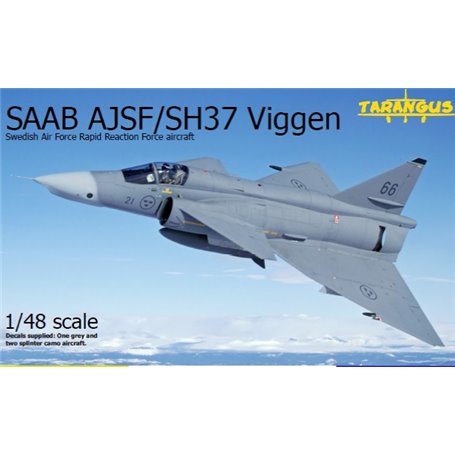 In the twilight of the Viggen’s career, the Swedish Air Force modified and re-painted a number of SF 37 Viggens for the Rapid Reaction Force. Although never put into action, these classic aircraft made an impact on the world and once retired, quite a few found their way to museums worldwide.

Tarangus has just released a limited special edition of this brutal classic of an aircraft, only 500 models will be made. So hurry up to get yours before they sell out!