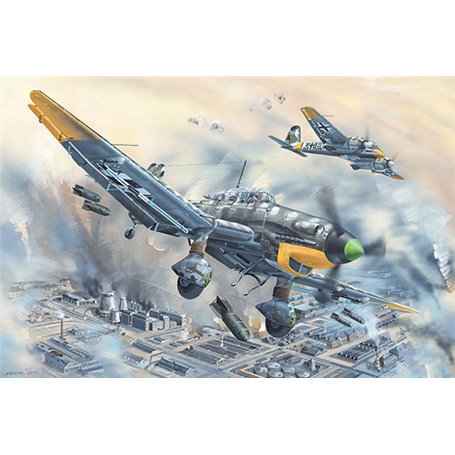 The Ju 87 Stuka was one of the most famous bomber aircraft of WWII. The dive-bomber had been the main force in the ground support of the German Air Force since the start of the Blitzkrieg.

Ju 87D is an important variant in the Stuka family, and Ju 87D-5 was the final variant. Extra armour was fitted under the fuselage. The guns in the wings were replaced by two MG 151 20mm anti tank guns.