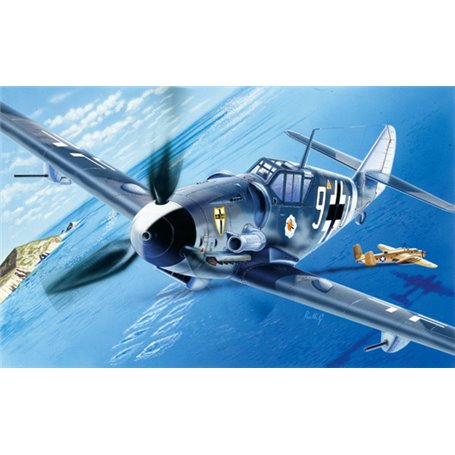 The BF-109 G represents the logical evolution of the earlier F version of the well-known German fighter plane, which dominated the skies during the early stages of World War II. The aircraft was equipped with a more powerful engine in order to increase speed and flying altitude. Some planes were also equipped with increased fire power to combat big Allied bombers. By the end of 1943 the BF-109 G was the backbone of the Luftwaffe and saw action on all theaters, where it was successful in matching Allied air power until the very end of the conflict.