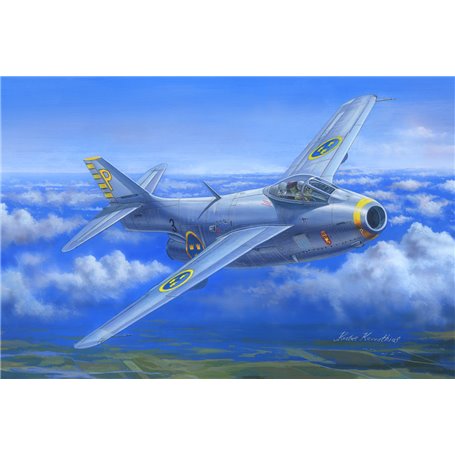 The  Saab 29 , colloquially called Flygande tunnan (English: "The Flying barrel") was a Swedish fighter designed and manufactured by Saab in the 1950s. It was Sweden's second turbojet-powered combat aircraft, the first being the Saab 21R. Despite its rotund appearance, the J 29 was fast and agile, serving effectively in both fighter and fighter-bomber roles into the 1970s.