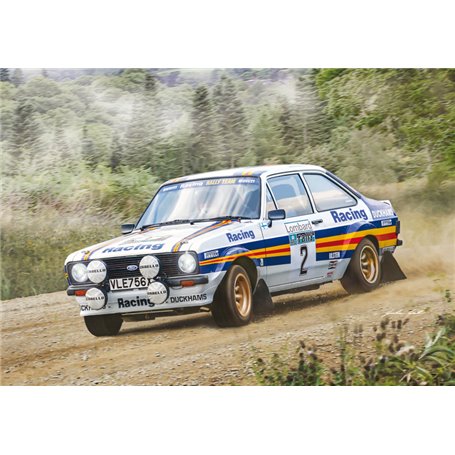 The Ford Escort Mk 2 was launched in 1975. It was a significant evolution compared to the Escort Mk 1 that debuted at Brussels Motor Show in January 1968. It used the reliable mechanical components as the Mk 1 but adopted a new design based on a squared-style look able to be in line with the aesthetic and stylistic taste of the 70s. In addition to the more classic version, it was also released the Escort Sport version characterized by a more aggressive look and distinctive sport interiors. To compete, successfully, in World Rally Championship, a dedicated model, the RS 1800,  was introduced to complete the line up. Successful results has been achieved. From 1975 to 1979 the Ford Escort RS 1800 won for five consecutive years the prestigious RAC (Royal Automobile Club) Rally, the most important rally event organized in the United Kingdom and an important milestone of the World Rally Championship.