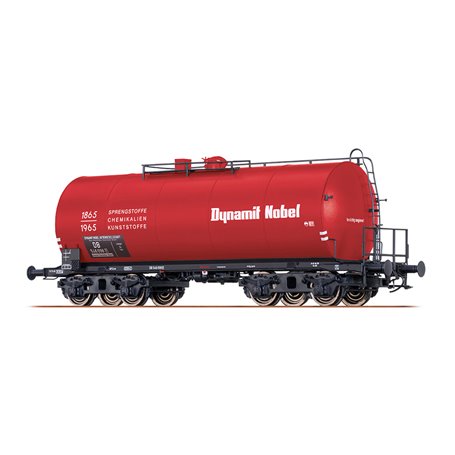 Info about the original

In 1939/40, the Köln-Deutz (Cologne-Deutz) and Uerdingen wagon factories each constructed a quadruple axle tank wagons in a lightweight design. Directly related to this, Westwaggon also manufactured the prototype of the tub-style tender, with which the war locomotives belonging to the BR 42 and 52 were coupled. The development was primarily driven by the military since it was necessary to transport enormous amounts of crude oil and fuels for replenishment purposes. As was the case with all war designs, the lightweight design was fully utilised in order to maximise the potential of the available steel quota. However, it soon became apparent that this was done to the detriment of the durability. At this point, both manufacturers were developing wagons with self-supporting tanks. Whilst Deutz left it at puffer beams, the Uerdinger design also boasted solebars manufactured from bevelled profiles that were intended to contribute in absorbing longitudinal compression forces. The main data of both versions was identical: The length over buffers amounted to 12.40 m, the bogie pivot distance amounted to 6.60 m and the tank contained 63 m3. As a result of the compact design, this amount lead to axle and metre load problems, meaning that it was not possible to completely fill the tank on all routes. Pressed sheet metal bogies with a 2.00 m wheel base were used as the running gear. The wagons that were built up until 1945 were deployed at "Wifo" (scientific research community) and oil associations in order to supply the German Armed Forces. After 1945, various European companies reproduced the wagons in a more advanced form, as did Tatra in Prague in 1946. In 1955, SEAG supplied almost 500 units of the wagons developed from the Uerdingen design to the United States Transportation Corps (USTC). Due to the war, many wagons were lost or remained in the territories of other European state railways . The wagons located in the catchment area of the western occupation zones made their way to VTG, which emerged from the former "Wifo" in 1951. In addition to this, mineral oil companies deployed further wagons in the form of P wagons and emerged as main tenants of the VTG wagons. The wagons that stayed with DR remained in the inventory of the state railway and were only leased out on a long-term basis, primarily to PCK Schwedt/ Oder in this case. The last wagons were only removed from the inventory in the 1990s and were being used as maintenance cars or station wagons. In this guise, they could still be regularly seen after the turn of the millennium. 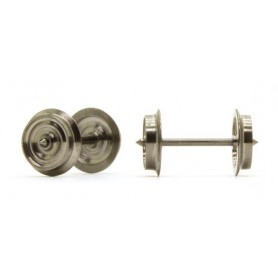