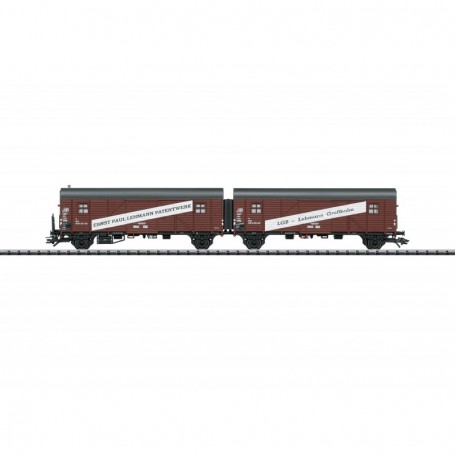 Model
Both cars are permanently coupled together and are connected by a diaphragm. The cars have detailed construction with large format imprinting on the sides. This model is for the 50th anniversary of LGB.Length over the buffers 26.6 cm / 10-1/2'.AC wheel sets: 4 x E700150

One-time series. Available only at the Märklin Museum in Göppingen.

LGB pin included for the anniversary '50 Years of LGB'