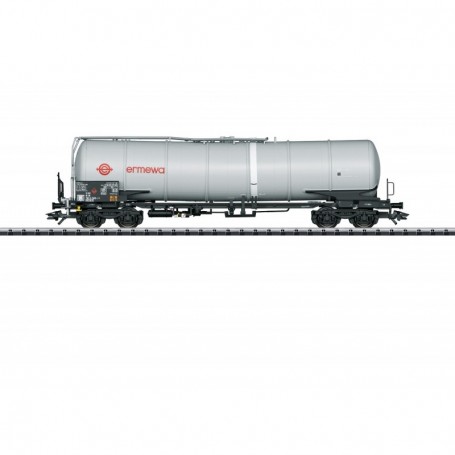 Model
The car's trucks are the modern type Y25Lsd1 with double brake shoes. The car has a brakeman's platform and a ladder on the end. The brake rigging, discharge pipes, dome cover, safety bars, and numerous other levers and grab irons are separately applied. The safety bars are constructed of metal. Length over the buffers approximately 19.6 cm / 7-3/4'. AC wheelset E700150.

Prototype
Type Zans four-axle, 95 cubic meter / 25,096 gallon tank car with an uninsulated tank and a ladder on the end. Privately owned car for Ermewa SA, registered in Germany. The car looks as it did around 2004.

This model can be found with another car number in an AC version in the Märklin H0 assortment under item number 47540.