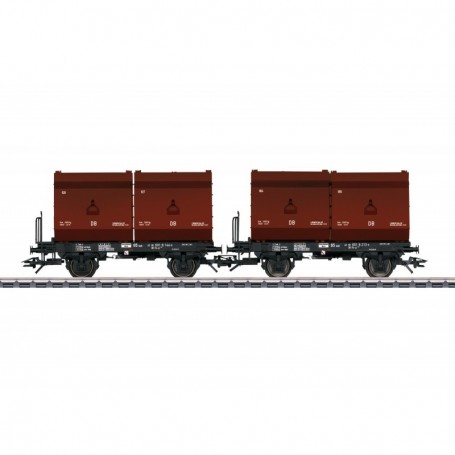 Model: The car floors are partially open and have a finely detailed load surface. The brakeman's platforms are separately applied. Each car comes with 2 removable containers that can be opened by hinges. They are loaded with real coking coal.Total length over the buffers approximately 17.6 cm / 6-15/16'.AC wheel set E700150.

At Märklin, there is an AC locomotive under item number 37180 to go with this car set.