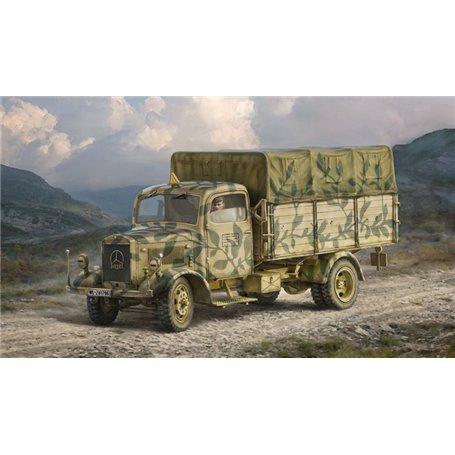 The Mercedes Benz L3000 was widely used by German troops during the entire Second World War. Together with the Opel Blitz, it was the main solution for all logistics and transport needs of the Wehrmacht troops. From a technical point of view, the Mercedes Benz L3000 adopted a mechanical solution with rear-wheel drive. Thanks to its reliable 74 HP 4-cylinder diesel engine, the German truck was able to reach a maximum speed of 70 Km/h. It was used on all fronts and even in the most severe operating conditions, as in the North Africa environment during the Afrika Korps campaign, it always showed a good reliability and resistance. The Mercedes Benz L3000 was produced in 3 versions and in more than 27.000 units. It has been the most produced Mercedes truck during ‘40s.