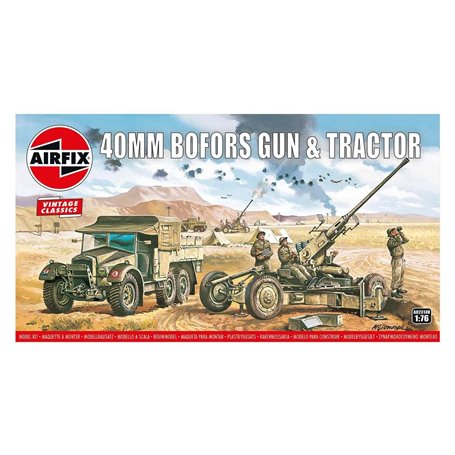 Designed in 1930 by the Swedish Bofors Company, this gun was adopted by some 18 countries and became the standard light anti aircraft weapon with the British forces. The Morris CS8 15-cwt 4x2 General Service Trucks were made in large numbers and they became the backbone of the British Army.