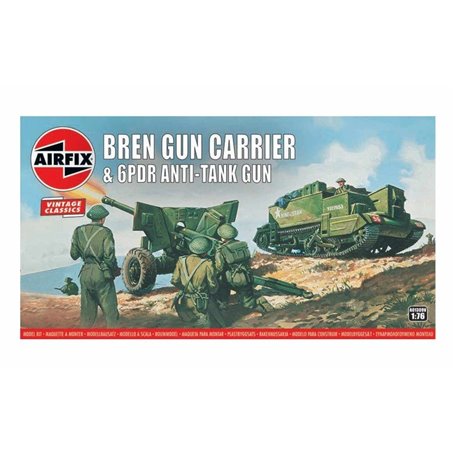 First employed in North Africa in 1942, the 6-pounder anti-tank gun was able to destroy all German tanks then in service. lt was usually towed by a Universal or 'Bren' Carrier.