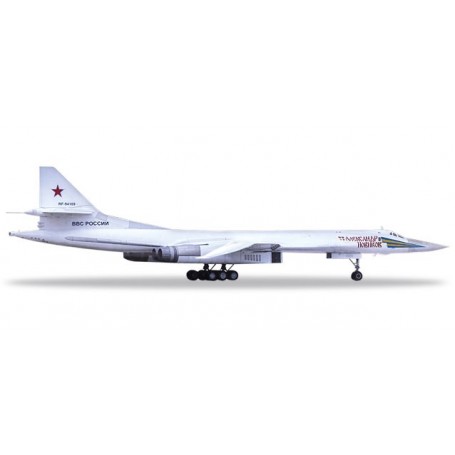 This elegant and supersonic White Swan is named after Alexander Novikov, the Chief Marshal of the Soviet Air Force during the Second World War. In addition to several other medals, he was twice decorated a Hero of the Soviet Union, which is remembered by the depiction of two medals on the right fuselage side of RF-94109.