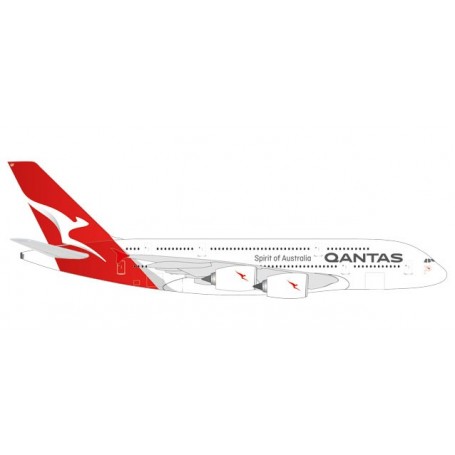 Qantas new livery was first revealed in October 2016. The redecoration of the whole fleet is scheduled to be finished in time for its 100th anniversary in 2020. Eight of the twelve A380s will be repainted by Emirates Engineering. VH-OQF was the first super jumbo to emerge from the paint hangar in Dubai.