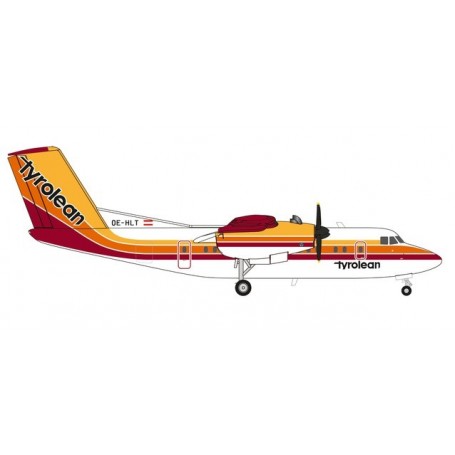 This four-engined STOL (short take-off and landing) aircraft was the main type in use by the Austrian airline in the 1980s. Following our first release in the later livery of the carrier, OE-HLT sports the color scheme in which the Dash 7s were originally