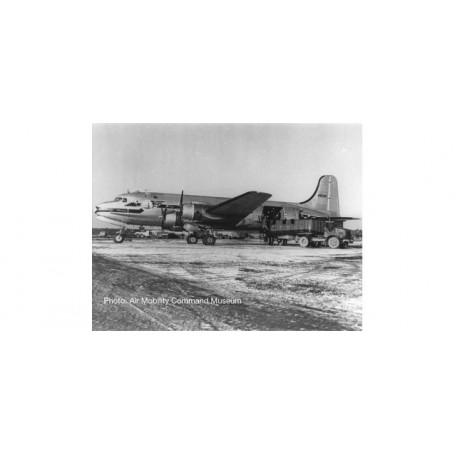 Built in 1944, this C-54 initially served in the Pacific Theater of World War II. In support of the Berlin Air Lift, she was modified for hauling coal into Berlin. She was stationed at Rhein-Main Air Base from January of 1949. Today, 44-9030 is preserved