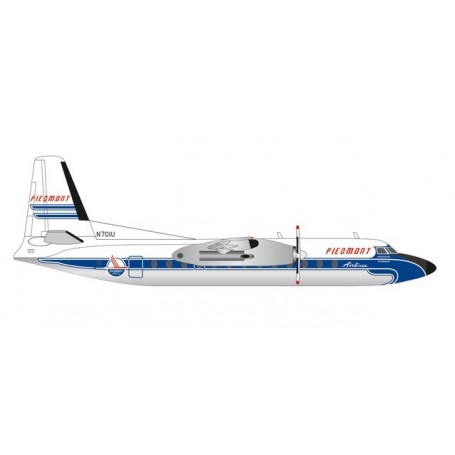 The Fairchild FH-227 is a license-built version of the Fokker F-27 with a slightly lengthened fuselage which saw great success in the US. One of the largest users was North Carolina-based Piedmont Airlines, which operated the two-engined turboprop from 1966 to 1974.