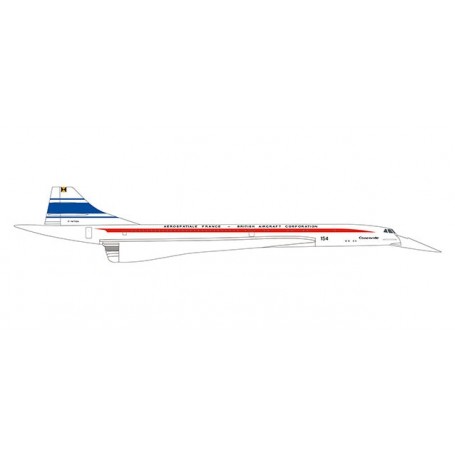 In parallel to the pre-production aircraft built by BAC in the United Kingdom, his second aircraft originated at Aerospatiale in France. Both saw extensive testing before ultimately series production could be started.

To commemorate the 50th anniversary of the supersonic jet's first flight, the Concorde in its corporates livery is released as a limited edition.

Its sister aircraft from the United Kingdom, registered G-AXDN, had been produced a few years back for the Herpa Wings Club.